Share a memory
Obituary & Services
Tribute Wall
Read more about the life story of John and share your memory.

With deepest sadness, the family of John Francis Mills of Stenen, SK, announce his passing on December 22, 2022, at the Preeceville Hospital at the age of 65.

John was born to John Ralph and Doreen Frances Mills on July 4, 1957, the eldest of eight children.

John started working at the age of 17 in the concrete business, followed by CN Rail where he worked from Saskatchewan to Ontario. He also worked logging and the Hudson Bay Fireline in 1980. John moved to Alberta in 1980 where he worked in the oilpatch. From 1984-1992, he worked at Nakiska-Kananaskis building ski hills for the 1988 Calgary Olympics operating heavy equipment. John’s later years were spent trucking driving in Canada and the USA.

In 1980 John and Vicky (Pratt) married and moved to Alberta where they bought their first home and welcomed their child, J.R. Mills in 1989.

In 2009, John and Vicky moved back to Saskatchewan where John worked for the RM of Clayton and Southland Logging.

For the last few years, he enjoyed camping, fishing at McBride Lake, and gardening. He was very proud to produce bumper crops of garlic, onions and tiger lilies. Many hours were spent on his knees pulling weeds, and digging dandelions.

When mobility slowed him down, he was lucky to get a three wheeled scooter to ride around the yard and visit local neighbors.

John is predeceased by his mother, Doreen; brothers, Gerald and David; and his brother-in-law, Jim.

A Celebration of Life and Interment for John’s close family and friends will be held on July 8, 2023, at the Etoimamie Valley Cemetery, Hinchliffe, SK, with a potluck BBQ to follow at the family farm, by Endeavour.

Arrangement have been entrusted to Preeceville Funeral Home. 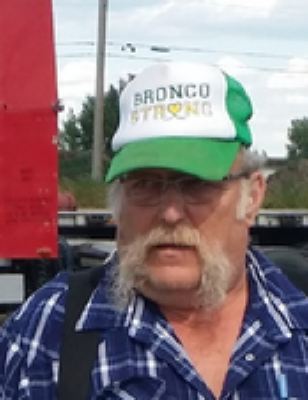 Family and friends are coming together online to create a special keepsake. Every memory left on the online obituary will be automatically included in the book.

You can still show your support by sending flowers directly to the family, or by planting a memorial tree in the memory of John Francis Mills
SHARE OBITUARY
© 2023 Preeceville Funeral Home. All Rights Reserved. Funeral Home website by CFS & TA | Terms of Use | Privacy Policy | Accessibility